Archie and the team at Saxon Gate have Cheltenham Festival glory in their sights with exciting hurdling recruit Stag Horn after he secured the stable’s first Graded success over jumps.

Ben and Sir Martyn Arbib’s gelding took his tally to two from two in that sphere after winning the Grade 2 Ballymore Leamington Novices’ Hurdle at Warwick on Saturday 15th January, prompting plans for a run at the Festival in March.

“He’s a very exciting horse to have in the yard and we will definitely look to Cheltenham next, where he will have entries in the big novice hurdles, the Ballymore and the Albert Bartlett,” says Archie.

“To have our first Graded winner over jumps is a great milestone and I am delighted for his owner-breeders Ben and Sir Martyn,” he adds.

Stag Horn made all at Warwick under a confident ride by Nick Scholfield, jumping well and galloping his rivals into submission to claim the £28,000 first prize in the two miles and five-furlongs feature.

It came a month after the five-year-old’s hurdling debut over a slightly shorter trip at Hereford when he again set the pace to justify favouritism under Gavin Sheehan.

Archie adds: “It was a fantastic performance at Warwick on what was only his second start over hurdles. He was given a lovely ride by Nick and jumped beautifully.

“However, all the credit should go to Brodie Hampson who does all the work training our National Hunt horses and to Henrietta Knight who did all of his preliminary schooling.”

One of the highest rated horses to switch from the Flat in recent years, Stag Horn elevated his mark to 103 with a second consecutive win in the prestigious Phil Bull Trophy at Pontefract in October.

A son of Golden Horn out of a Galileo mare, he has won five of his 13 starts on the level but now promises to make a bigger name for himself over hurdles – hopefully starting at Cheltenham. 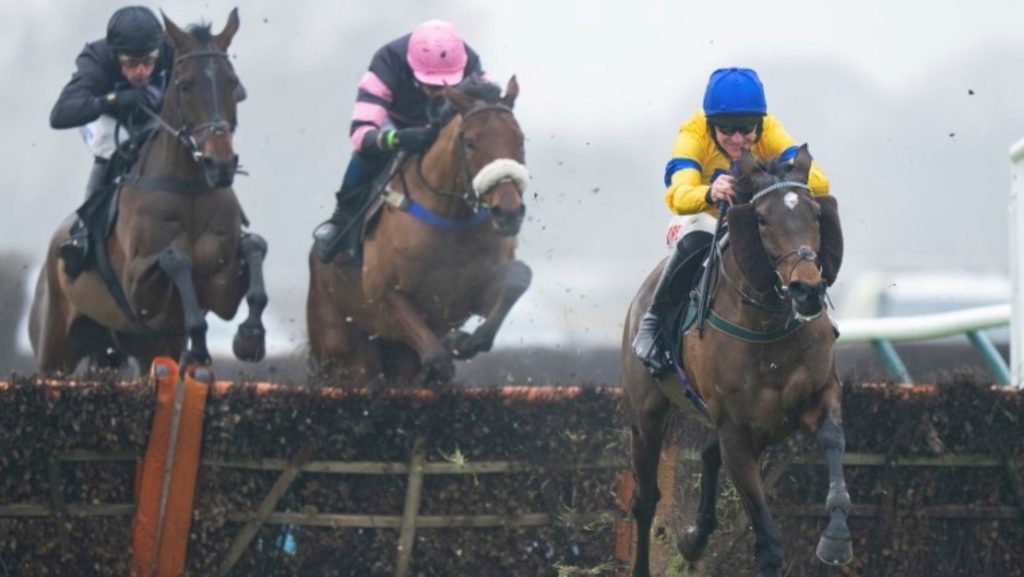