Our stable star GLEN SHIEL produced one of his best performances to finish a close second in the Quipco Champions Sprint on British Champions Day at Ascot.

Defending the title he dug so deep to secure 12 months earlier, Hambleton Racing’s seven-year-old finished just a length behind Creative Force in first-time blinkers, with regular partner Hollie Doyle in the saddle.

October proved to be a memorable month for the Hambleton shareholders, in fact, as the promising pair Miquelon and Verona Star both secured notable successes on the Flat and Alazwar made a smart debut under National Hunt rules.

Miquelon justified his short price to win for the third time in four starts, scoring comfortably over a mile at Lingfield Park for champion jockey Oisin Murphy early in the month.

Then, on the opening day of All-Weather Championships Season 9 at Newcastle on 19th October, Verona Star made a striking debut under Hollie in a seven-furlong juvenile novice stakes. Bought by Tom Biggs of Blandford Bloodstock at Ascot Sales for 32,000gns last year, the son of Gutaifan defied his inexperience to win by a neck and looks a smart prospect for his syndicate.

Alazwar (pictured above) went to Huntingdon for his racecourse debut and made just about every yard to take his mile and three-quarter bumper under Gavin Sheehan. A 300,000gns cast off from Shadwell, he was picked up for just 23,000gns at the July Sales by Blandford Bloodstock and may now head to Cheltenham on New Year’s Day for the Listed bumper.

Meanwhile, our smart stayer Stag Horn stamped his authority in the Phil Bull Trophy Conditions Stakes at Pontefract for the second year in succession. Hollie made every yard of the two and a quarter-mile feature on 18th October to comfortably justify the Ben and Sir Martyn Arbib-owned gelding’s 4-7 price tag.

Last Hoorah, who had got off the mark in a Ffos Las novice in August, overcame a penalty to win again in that grade at Kempton Park at the end of the month. The Bated Breath colt, a half-brother to seven winners, made all the running for Hollie in first time cheekpieces and in the colours of the Sandyfield Syndicate. 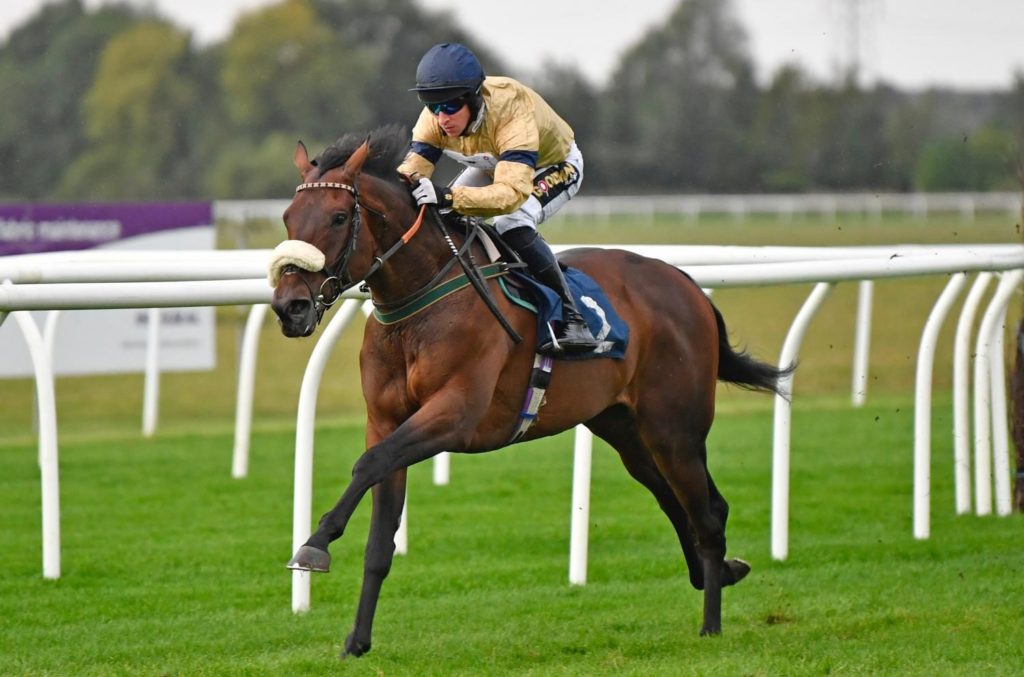