The new year got off to a flying start at Saxon Gate with Stag Horn giving Archie his first Graded success over hurdles and two All-Weather stars clinching important wins in Fast Track Qualifiers.

Meanwhile, back on the Flat, victories by Hambleton Racing’s recent recruits Tempus and Al Zaraqaan mean that both have secured a guaranteed place at the £1 million Finals Day at Newcastle on Good Friday.

Tempus set the ball rolling by winning a Mile qualifier at the North East track on 2nd January on his stable debut. Bought out of Roger Charlton’s yard for 25,000gns last August, the powerful son of Kingman dominated under a fine ride by Hollie Doyle.

Then 11 days later it was the turn of Al Zaraqaan to claim his place in the Middle-Distance Final, the valuable Easter Classic, by dominating two rivals in a 10f qualifier on the Tapeta – this time with Danny Tudhope in the saddle. He was bought for 45,000gns at the autumn sales.

On the same afternoon as Stag Horn’s triumph, another Hambleton star Imperial Sands got back to winning ways in a mile handicap at Lingfield Park to lay down his own claims for the Mile Final at Newcastle come Easter.

Imperial Sands and Hollie were always in control in the Class 2 event, confirming the promise of two previous runs at the Surrey track this winter. The win elevated his official rating to 100.

Completing a treble on the day was newcomer Mountbatten (pictured right), who was impressive in winning a seven-furlong maiden at Chelmsford City for Adam McNamara – his first winner back from a lengthy spell on the sidelines through injury.

Mountbatten, a three-year-old son of Dabirsim, was two and a half lengths clear of the more experienced Noble Mark at the line. He was bought by Tom Biggs of Blandford Bloodstock for £20,000 and carries the colours of Deva Racing.

That treble was followed by another notable double on 25th January when Hambleton’s Mehmento beat stable companion Stone Soldier by just a head in a seven-furlong Southwell handicap.

It was a welcome return to form for Mehmento, who won the Listed Surrey Stakes at Epsom last season and made it three from three at the Nottinghamshire track with Hollie in the saddle.

Luke Morris was on board Ostilio in a seven-furlong Lingfield claimer on the same day. Phil Taylor’s seven-year-old enjoyed the drop in class and was subsequently bought by trainer Phil McEntee for £16,000. 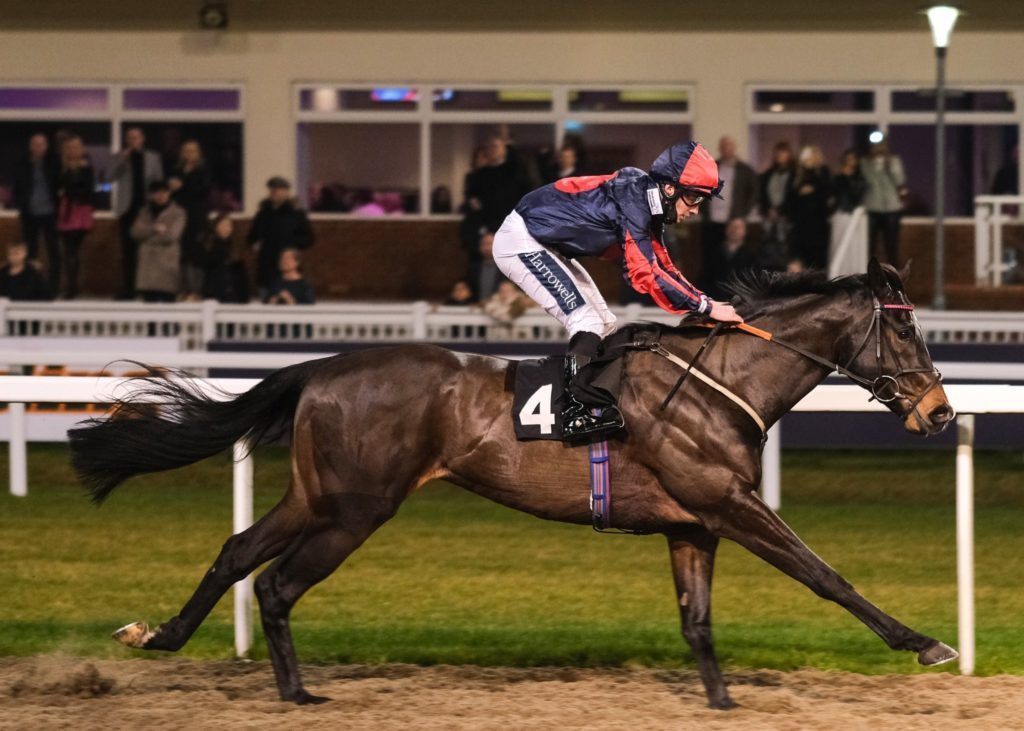 Mountbatten wins on debut under Adam McNamara at Chelmsford