Outbox Proves One In A Million In Qatar

Hambleton Racing’s shareholders are celebrating a £420,000 pay day after their bargain buy OUTBOX scored a momentous victory in Qatar on Sunday 20th February.

Our popular seven-year-old won the Longines sponsored $1 million HH The Amir Trophy at Doha for his happy owners.

With his regular partner Hollie Doyle in the saddle, Outbox dug deep into his reserves to win the local Group 1 by half a length from the French-trained Mutabahi, with fellow British raider Fox Tal back in third.

The son of Frankel took up the running two furlongs out in the mile and a half feature and pulled out more when challenged deep into the race by Mutabahi, ridden by top international jockey Olivier Peslier.

After the race Archie paid tribute to Hollie’s inspired performance – and to the expertise of his hard-working staff. “Hollie gave him a fantastically well-judged ride,” he said, “but much of the credit must also go to my team for their hard work, especially my assistant Stephanie Joannides and his regular rider Lauren Smith who travelled him to Doha.

“Thanks must also go to the QREC for all of their assistance and organisation with travelling Outbox and the other the international runners,” added Archie.

“This was an absolutely incredible result in such a valuable race and I’m delighted for Hambleton Racing who are such great supporters of the yard,” he said. “This is the second big winner they have had with us out in Qatar following Maystar’s win in the Al Rayyan Stakes for us in 2019.”

Now Outbox – a 16,000gns steal from Simon Crisford at the horses in training sales in 2020 – will be prepared for another turf campaign with a possible trip to The States in the summer also on the agenda.

His win in Qatar was his fourth for Archie, supplementing successes at Wolverhampton and Doncaster and a Listed breakthrough in last summer’s Fred Archer Stakes at Newmarket. 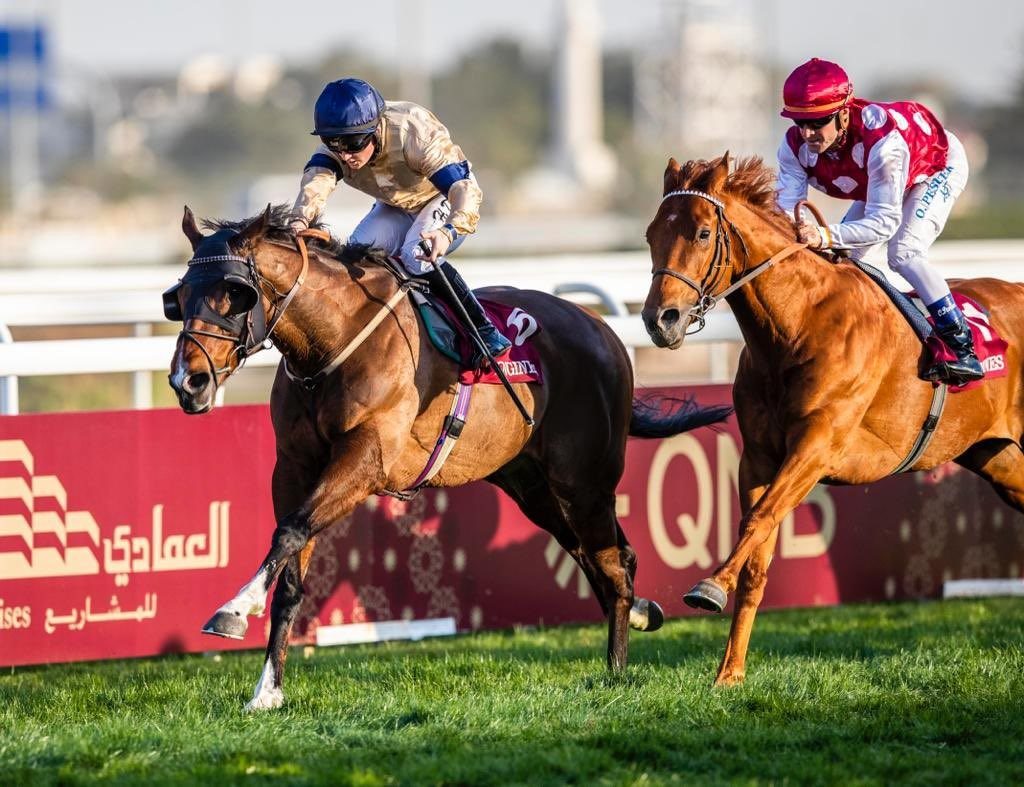