OUTBOX’S victory in a $1 million local Group 1 in Qatar on 19th February was one of our most significant so far.

The gelding earned over £420,000 for his owners Hambleton Racing by taking the HH The Amir Trophy over 2,400 metres for regular partner Hollie Doyle and a full report on his magnificent achievement appears on this site.

Whilst the seven-year-old son of Frankel played a starring role in Doha, some of our promising young horses made a good impression on the All-Weather back home.

There was further success for Hambleton Racing when Fly To Glory (pictured right) landed a 6f novice at Newcastle five days later, showing a professional attitude on his racecourse debut with Hollie again donning the familiar gold silks. The son of Cotai Glory out of a multiple All-Weather winner in Ireland was secured by Blandford Bloodstock for £36,000 at the Gorsebridge breeze-ups in Newmarket last June.

Another Blandford purchase was Bruno’s Gold, our first ever runner for another successful syndication company Middleham Park Racing, who got off to the perfect start in a mile maiden at Newcastle on 15th. Ridden by Hollie, the son of Galileo Gold travelled well on his debut to beat the more experienced favourite and complete a double on the day. He looks well bought for 32,000gns from Tattersalls Book 1 sale.

There was a debut success, too, for Marco Polo’s gelding Watermelon Sugar at Wolverhampton. This grey son of Gutaifan cost only 8,000gns at Tattersalls Ascot sales as a yearling but justified market support to beat a more experienced opponent under Adam McNamara.

Meanwhile, Red Showgirl had gone down only narrowly in a Kempton nursery in December but came back from a short break to win a three-year-old handicap over six furlongs at the Sunbury track on 2nd February. Hollie, who had won on her at Lingfield last summer, made all the running to complete a treble on the night with a game success for owner-breeder The Rt Hon Ronnie Arculli.

Switching codes, there was further success for Hambleton Racing at Ayr at the beginning of the month when Nifty Getaway won a mares’ bumper to initiate the double completed by Bruno’s Gold. She scored comfortably in the hands of Nick Scholfield, confirming the promise of her third in a similar race at Ludlow in December.

The month got off to a perfect start when Brodie Hampton guided Strike Me A Pose to victory in a six-furlong amateur riders’ handicap to record her 50th winner under rules. It was a fitting reward for the gelding’s two previous placed efforts at the West Midlands track and up at Newcastle. 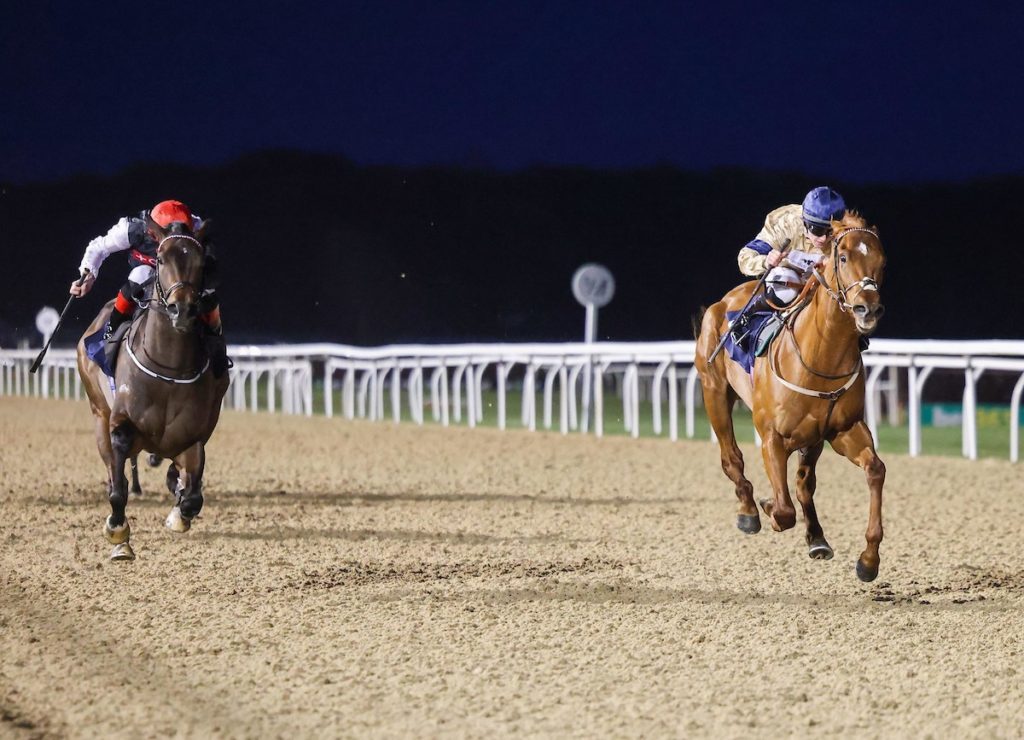 Fly To Glory wins at Newcastle under Hollie Doyle