All-Weather star AL ZARAQAAN confirmed himself in top form ahead of the valuable Easter Classic at Newcastle on Good Friday with a near miss in a Listed race at Kempton Park on 26th March.

He only just failed to claw back Charlie and Mark Johnston’s Living Legend in first-time blinkers in the Unibet Magnolia Stakes over a mile and a quarter on the Polytrack.

Despite a slow start, Hambleton Racing’s gelding was gaining with every stride for Luke Morris in his quest to supplement his win at Newcastle in a Fast Track Qualifier in January.

On the same afternoon, Hambleton’s Tempus confirmed his class with a second place of his own in the Listed SBK Doncaster Mile on the opening day of the new Flat Season on Town Moor.

He made a bold bid to repel odds-on favourite Chindit, who was 11lb better off at the weights, and may also head to the North East on Good Friday for the All-Weather Championships Mile – the scene of his own Fast Track Qualifier success early in the New Year.

There was further success on the All-Weather for Hambleton’s owners when Fly To Glory supplemented his debut win at Newcastle by defying a penalty in novice company at the same track on 10th March.

Bought by Blandford Bloodstock for £36,000 at last summer’s breeze-ups, the son of Cotai Glory dominated his six-furlong assignment under Hollie Doyle to score by three lengths and earn an official rating of 85.

Four days later, Hambleton Racing were in the winner’s enclosure again as their bumper winner Alazwar (pictured right) scored at the first time of asking on the Flat in an extended mile novice, with Hollie dictating from the front. He was unable to follow up under a penalty at Lingfield later in the month but was done no favours by a slow early pace.

March began well when the Cool Silk Partnership’s All-Weather specialist Stone Soldier  won for the fourth time at Southwell but the first time on the new Tapeta surface in a seven-furlong conditions stakes. His regular partner Luke Morris gave him a typically fine ride.

Meanwhile, Archie and the team saddled their first ever Cheltenham Festival runner when Ben and Sir Martin Arbib’s unbeaten Stag Horn ran with credit for much of the way in the Grade 1 Albert Bartlett Novices’ Hurdle. 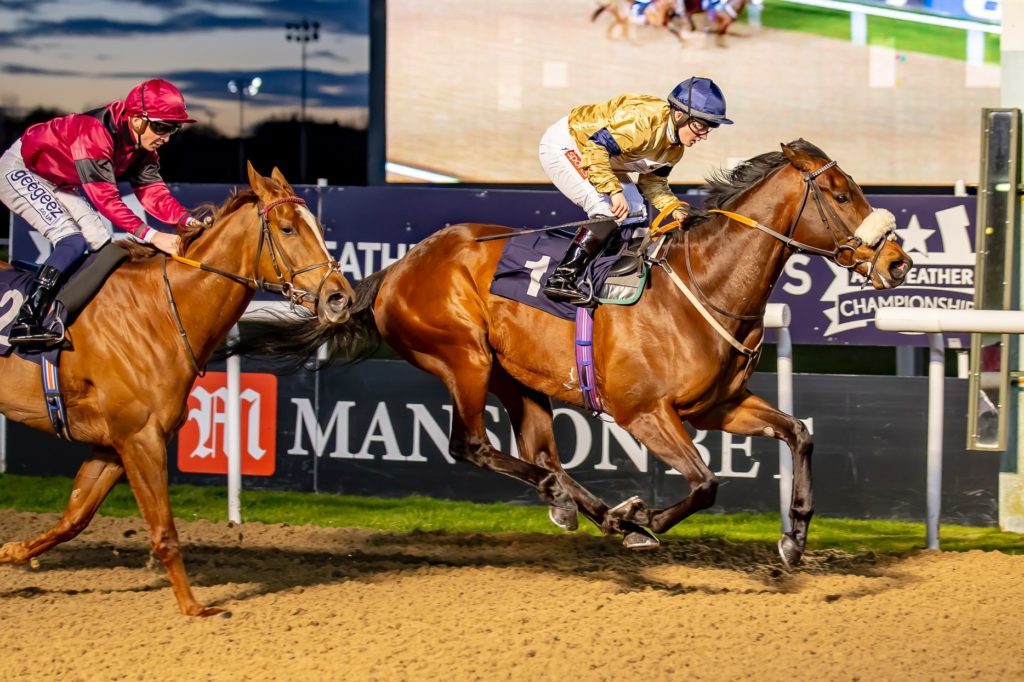