August was a month of mixed emotions for Archie and the team, together with loyal owners Hambleton Racing, who heralded a new star and said goodbye to a racing legend.

TEMPUS took his form to an exciting new level by winning two Group 3’s in the space of three weeks to set himself up for a crack at the Group 1 Queen Elizabeth II Stakes at Ascot on Champions’ Day in October.

Hambleton’s son of Kingman – secured by Tom Biggs of Blandford Bloodstock for a bargain 25,000gns at the horses in training sales last year – landed the Sovereign Stakes at Salisbury before following up in the Barriere Prix Quincey over the straight mile at Deauville on Sunday 28th August. You can read more about both victories on this site.

Whilst everyone associated with Saxon Gate looks forward to Tempus stepping up to the highest level, Glen Shiel’s exploits at that fixture two years ago were remembered upon the news of his well-earned retirement.

We also said goodbye to another stable favourite after Percy Prosecco won his final race at Yarmouth at the beginning of the month, a performance that earned Brodie Hampson the Sky Sports Racing/At The Races Ride of the Month.

Percy may not have reached the heights of Glen Shiel, but the popular seven-year-old won six of his 49 races, giving his owners The Real Quiz so much fun and so many memorable moments along the way. Like Glen, he is now enjoying a happy, well-deserved retirement.

Meanwhile, our star two-year-old Bradsell’s season was curtailed by injury following his run in the Group 1 Phoenix Stakes in Ireland. Archie’s Coventry Stakes winner will be back next season with the Commonwealth Cup at Royal Ascot his early season target.

Another star who shone yet again was Ontoawinner’s remarkable sprinter Corinthia Knight, whose win at Pontefract at the beginning of the month was the 17th of his career. In securing his sixth success at the West Yorkshire track, he helped Hollie Doyle complete a four-timer.

Heading a string of other notable winners was three-year-old Quantico, who made a promising start to his career by dominating a mile novice event on the All-Weather at Chelmsford City under Hollie on 9th August. Also impressive was Hambleton Racing’s two-year-old Manitou, who got off the mark at the third attempt at Chepstow – form that was subsequently franked – to earn himself a trip to the Stockholm Cup meeting in Sweden in September.

Jim Crowley was on board Apple Tree Stud’s lovely grey filly Heavenly Breath to win a seven-furlong novice on the Kempton Park Polytrack, a performance the daughter of Dark Angel built on when second in a French Group 3 at Longchamp at the start of September.

Hollie and Hambleton teamed up again at Chelmsford at the beginning of the month to see Cotai Star land a 10f handicap by a hard-fought nose, his first win from just seven starts, before Al Zaraqaan carried the same colours to success over hurdles at Newton Abbot on 20th August.

Nick Scholfield got him home on only his second start in that code in a handicap hurdle, initiating an across the card double completed by two-year-old Dragon Glory at Lingfield Park. Ridden in the five-furlong nursery by stable apprentice Taylor Fisher, she has since been sold to join Gay Kelleway.

At Hamilton Park in Scotland later in the month, Clipper Logistics filly Pink Carnation scored her second career success in a nine-furlong fillies’ handicap under the owner’s retained jockey Danny Tudhope. She was returning from a summer holiday following her breakthrough win at Nottingham in May.

Helping Tempus bring August to a resounding end was another stable favourite Luna Magic, whose win in an amateur riders’ handicap at Goodwood was her seventh for regular partner Brodie. 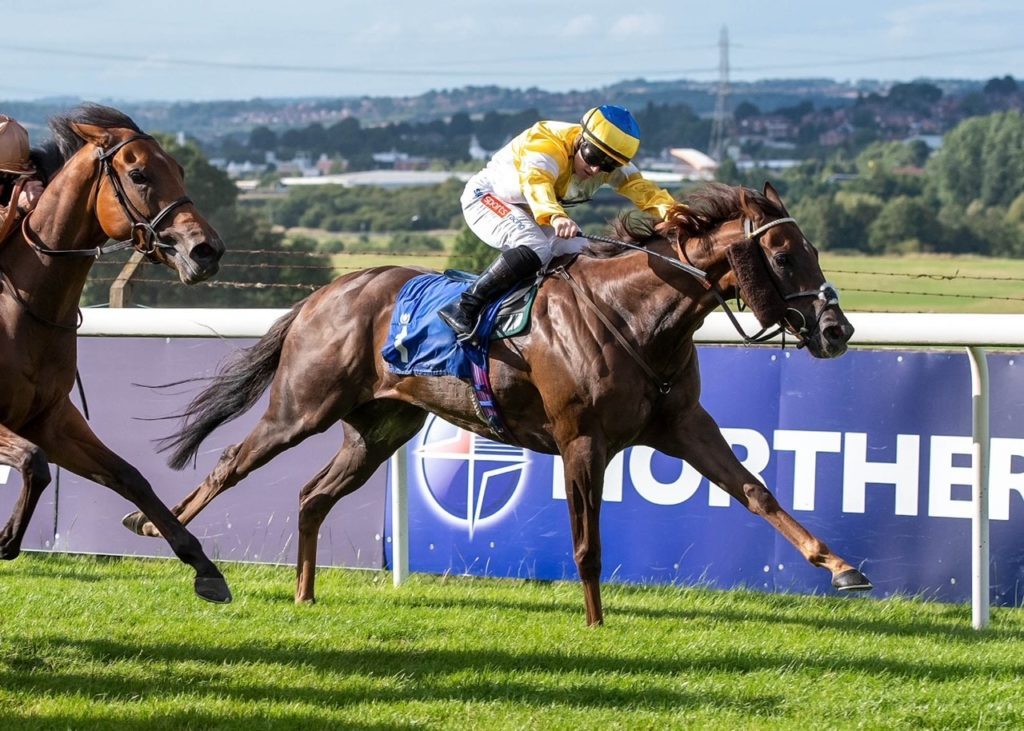