Hambleton Racing’s rising star TEMPUS is being lined up for a crack at the Group 1 Queen Elizabeth II Stakes on Champions’ Day at Ascot in October following his latest victory in France.

Tempus made it back-to-back Group 3 wins when he beat fellow British raider Internationalangel in the Barriere Prix Quincey over the straight mile at Deauville on Sunday 28th August.

Archie revealed ambitious plans for a gelding who was secured by Tom Biggs of Blandford Bloodstock for a bargain 25,000gns at the horses in training sales only last autumn.

“It was great to see Tempus follow up his Group 3 win at Salisbury with a dominant display under a penalty,” he said. “Everything went smoothly and Hollie was very impressed with the way he did it. He is thriving now and his main aim will be the Queen Elizabeth on Champions Day, possibly with one run beforehand.”

Stable jockey Hollie Doyle enthused: “He’s gone from a handicapper to winning two Group 3’s in the space of eight weeks so it’s hard to tell how far he can go. He really enjoys his work and his racing and is going from strength to strength now. I think a lot of it has been confidence.”

Hollie said the race went very much to plan. “He jumped out nicely. He’s a horse you can place anywhere but does actually prefer a lead now and thankfully we went a nice even gallop.

“The further we went the better he was going. He travelled into it like the best horse in the race, which he was, and is getting more professional with every run.”

Tempus was second in two Listed races earlier in the season before finishing third in the Royal Hunt Cup at Royal Ascot. He returned to the Berkshire track to take the valuable Porsche Handicap on King George Day in July before stepping up to Group company with such aplomb. 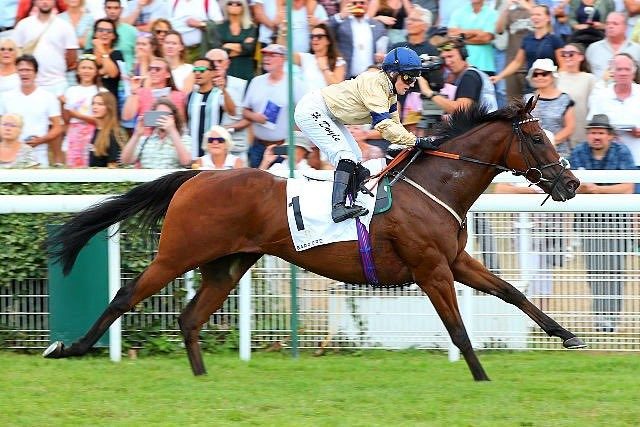