An International Weekend To Remember

Saxon Gate plundered three international prizes over the weekend of 17th and 18th September – two on the Flat and one over hurdles!

The son of Havana Grey powered six and a half lengths clear of runner-up Denver Chop in the six-furlong feature to record his third win of the season and take his prize money haul beyond £175,000.

Archie says: “Eddie’s Boy was incredibly impressive. To win a Group race by six and a half lengths was amazing. He has given his owners a fantastic journey and has continued to improve for the step up to six furlongs on decent ground.”

It was the tough colt’s ninth run, supplementing what was previously his most notable success in the Super Sprint at Newbury in July. A 45,000gns purchase by Blandford Bloodstock, he made a winning debut at Southwell in April before finishing third in the Listed Windsor Castle Stakes at Royal Ascot and the Listed Dragon Stakes at Sandown.

Meanwhile, over in Sweden 24 hours later Hambleton Racing were celebrating a famous double when new hurdling star Al Zaraqaan and exciting juvenile Manitou were both victorious on Stockholm Cup day at Bro Park.

Al Zaraqaan, a useful Flat winner for Archie, confirmed the promise of his hurdles win at Newton Abbot by landing the H M Drottningens Pris in the hands of Gavin Sheehan, while Hollie flew from Paris to partner Manitou in the Appel Au Maitre Svealandlopning. Victory in the seven-furlong conditions race was his second in a row following a breakthrough success at Chepstow.

In fact, it was almost a famous treble for Archie and Hambleton Racing as their globetrotter Outbox defied a poor draw to finish a gallant second in the Stockholm Cup for the second year running.

Archie adds: “It was great to record two winners on our Swedish raid. Al Zaraqaan was our first foreign jumps winner and he’s really taken to hurdling. He’s a talented horse who I hope can continue to improve in this sphere.

“Manitou’s novice form was very strong with all three of his previous races working out very well. The step up to seven furlongs suited him and he was really impressive in winning a good prize. We’ll look towards stakes races with him now.”

Archie, who thanked Max Pimlott of the International Racing Bureau and Swedish Horseracing for their help in running the horses at Bro Park, also paid tribute to Outbox’s gallant effort in the feature race.

“He was agonisingly close to winning having finished second in the race last year, making all until getting caught in the last stride and being beaten a nose – heads up, heads down – by a very talented three-year-old. It was great to see him back to his best.” 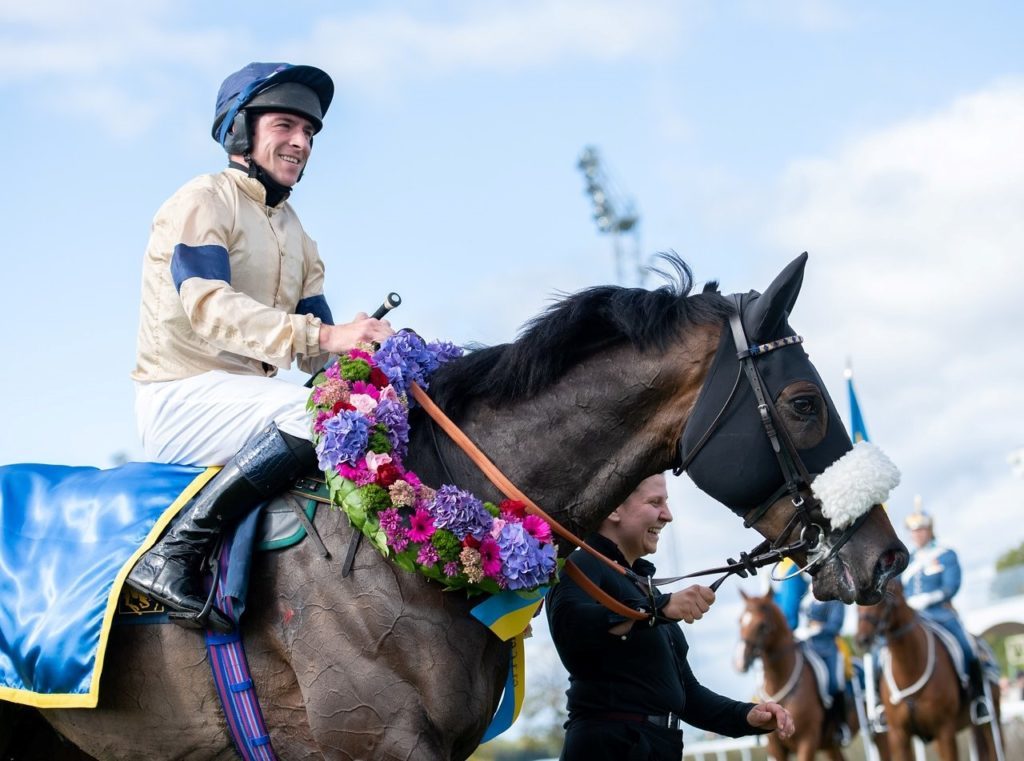