Excel Has The Power!

Mohammed Rashid’s exciting gelding EXCEL POWER initiated a productive nine days on turf by winning at Haydock Park on Saturday 23rd April. Our progressive four-year-old eased clear of a competitive field to dominate a Class 3 mile handicap in the hands of Hollie Doyle.

Returning from a five-month break following a handicap success at Chelmsford City in November, our son of Slade Power took his win tally to five from 10 as he comfortably defied a mark of 88, and there was more to come when he followed up for Hollie off a 4lb higher rating at Windsor on 2nd May.

Hollie was in the saddle again when three-year-old Watermelon Sugar scored twice in April to extend his unbeaten record to three – an impressive statistic for a gelding who was bought by Blandford Bloodstock for just 8,000gns.

There was some spirited bidding around the Leicester winner’s enclosure following his success in a six-furlong seller on the opening day of the month, only for his connections Marco Polo to retain him for £31,000.

That decision was certainly vindicated when the roan son of Gutaifan followed up under a penalty in a six-furlong novice stakes on the new Southwell Tapeta to earn an elevated rating of 82. That form was franked when the runner-up Liangel Hope won a similar race at Redcar later in the month.

Meanwhile, there was a third success for our beautifully bred gelding Alazwar, who added to his wins in a bumper and an All-Weather novice race by scoring for the third time in his young career at Wolverhampton, competing a double on the day initiated by Excel Power.

Luke Morris made every yard of the running on Hambleton Racing’s imposing bay to take a novice stakes over the extended nine furlongs. He was awarded an improved handicap rating of 85 on synthetics after that performance.

Middleham Park Racing’s juvenile Eddie’s Boy made a winning debut in a five-furlong Southwell novice on 25th April, showing early dash before asserting under a fine ride by Hollie. A 45,000gns yearling by Havana Grey, Eddie’s Boy looks set to give his syndicate owners plenty of fun this summer and holds an entry in the valuable Weatherbys Super Sprint at Newbury in July.

Three days after his win, Ecurie Ama.Zingteam’s three-year-old Archiano (pictured right) also made a perfect start to his career by helping top jockey James Doyle to a treble on the Polytrack at Lingfield Park. The son of Kodiac made all to justify his 140,000 euros price tag and holds an entry in the Group One Commonwealth Cup at Royal Ascot. 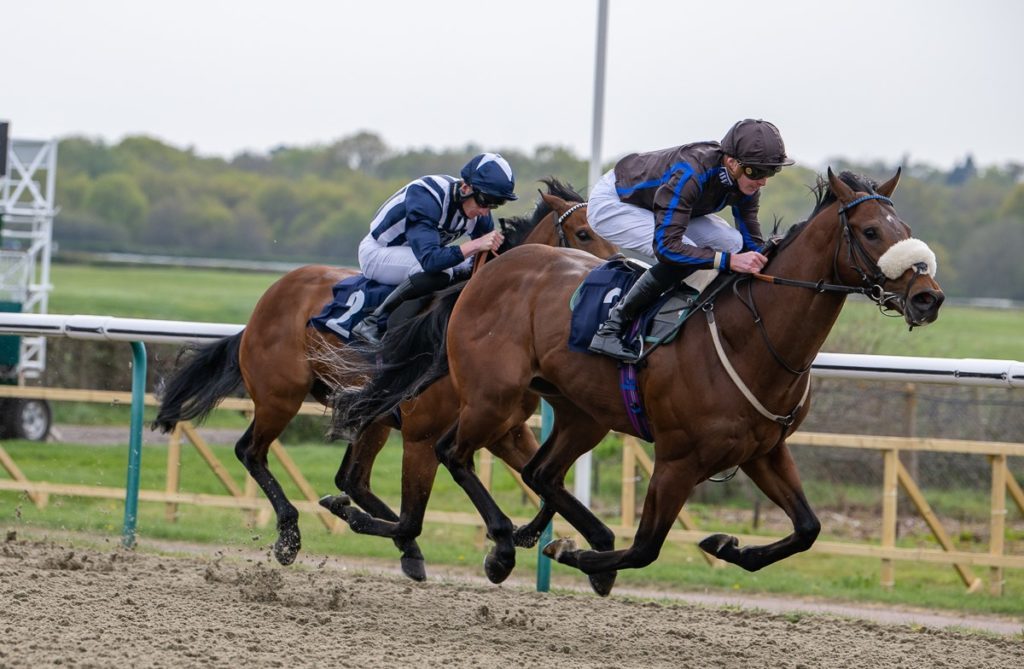