Exciting Two-Year-Olds Spearhead A Successful May

Our two-year-olds spearheaded a productive May at Saxon Gate, but none was more exciting that debut winner BRADSELL who dominated a six-furlong novice on his racecourse debut at York to win by nine lengths under PJ McDonald.

Bought by Blandford Bloodstock at the Goffs Breeze-Ups for £47,000, Primavera’s bay son of Tasleet quickly established himself among the leading fancies for the Group 2 Coventry Stakes at Royal Ascot.

Another to confirm his credentials for bigger assignments was Brave Emperor, who got off the mark at the second attempt in a five-furlong Chepstow maiden to help Hollie Doyle to a double before justifying strong market support to take a valuable novice stakes at Chelmsford City at the end of the month.

Ridden by Luke Morris, Middleham Park Racing’s son of Sioux Nation, who cost just £19,000 at Goffs last autumn, relished the step up to six furlongs and could head to The Curragh in Ireland at the end of June for the Group 2 Railway Stakes.

Archie’s three-year-olds were in top form, too, with Twelfth Knight proving much too strong for his rivals in a six-furlong Yarmouth maiden for Hollie before only just failing to follow up on his handicap debut over the same course and distance two weeks later.

Noble Anthem carried the same colours to success in a mile novice at Thirsk on 7th May, this time under the guidance of top northern jockey Paul Mulrennan. In fact, the son of Starspangledbanner completed a double for Paul and the team.

Earlier, our prolific three-year-old Watermelon Sugar maintained his unbeaten record by justifying short odds in a six-furlong seller at the North Yorkshire track, taking his record to four from four. Marco Polo’s gelding was bought in for £16,000 at the subsequent auction.

Mountbatten had shown plenty of promise over seven furlongs in two starts on the All-Weather and duly stepped up on that form to win over that distance on his turf debut at Wetherby at the beginning of May. Deva Racing’s son of Dabirsim made all under Hollie to achieve a handicap rating of 80.

Another three-year-old on the up was Clipper Logistics’ Pink Carnation, who stepped up to the extended mile to win at the third attempt in a Nottingham maiden on 17th May. A promising third at Thirsk before that, this daughter of Territories relished every yard under Clipper’s retained jockey Danny Tudhope.

Apple Tree Stud’s perseverance with their Showcasing filly Blaast paid off when she got off the mark at the 13th attempt in a six-furlong handicap at Brighton at the end of the month, making every yard of the running for Hollie.

At Wolverhampton, Barging Thru made a successful return from his winter break to win a seven-furlong handicap for Luke Morris. Mohammed Rashid’s gelding was recording his first win since his Chelmsford debut last year.

The older horses were also in fine form with Mohammed’s Excel Power completing a hat-trick over a mile with a smart performance at Windsor on 2nd May, before Hambleton Racing’s Arctic Emperor made a winning re-appearance in a mile handicap at Newmarket – his first start since being gelded.

Meanwhile, Taylor’s Bloodstock’s Son And Sannie certainly came back from his break in fine fettle, winning two five-furlong handicaps and helping young apprentice Harry Davies to achieve a day to remember in the process.

Having won for Harry at Windsor on 2nd May, the six-year-old completed a leg of the teenager’s first ever treble when he finished strongly to deny subsequent winner Airshow in a thrilling finish at Chepstow.

But it was Luna Magic who set the tone for such a productive month by winning at Salisbury on 1st May. She dug deep for Brodie Hampson to take a seven-furlong handicap in the colours of Marco Polo – her eighth career success.

Stable star Glen Shiel ran twice in preparation for the Group 1 Platinum Jubilee Stakes at Royal Ascot, finishing second in a Haydock Park conditions stakes before his fourth in a strong renewal of the Group 2 Greenlands Stakes at The Curragh. 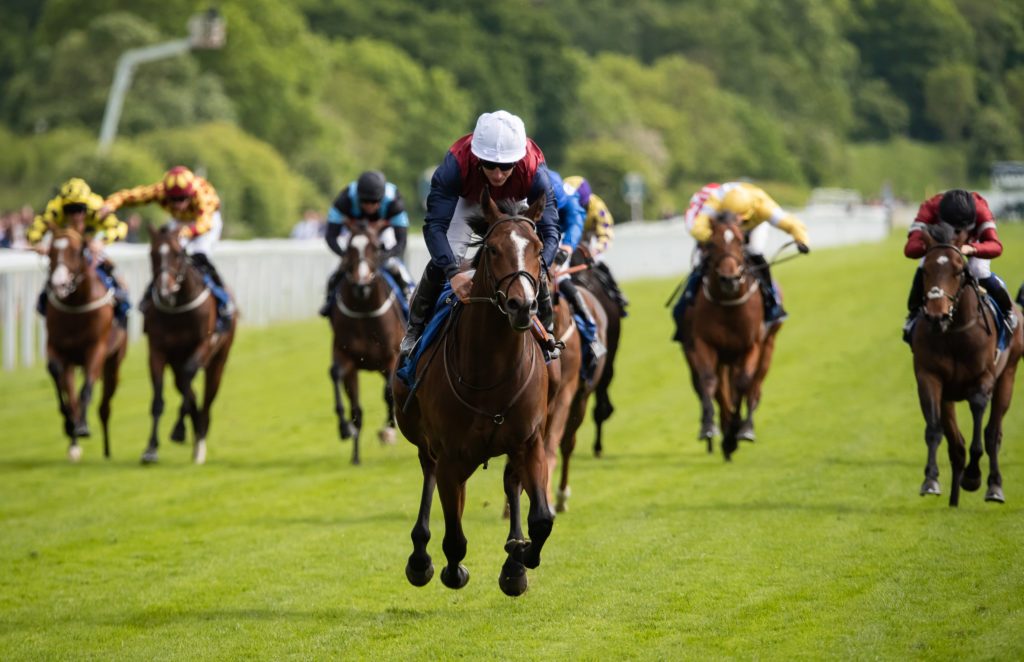