AL ZARAQAAN, who won a conditions hurdle in Stockholm in September, maintained his progress over jumps by completing the hat-trick at Fakenham at the end of October.

There was a promising return to action for Grove Road, who made a winning re-appearance for the same owners in a novice hurdle at Carlisle at the end of the month. A winner of a bumper in soft ground last winter, he handled heavy ground well and jumped soundly under Adam Wedge to take the two and a half-mile contest. His next target will be a step up in grade in the Grade 2 three mile novice hurdle at Cheltenham’s December meeting.

Back on the Flat, Quantico’s win at Newcastle on 14th October was a landmark moment for jockey Paul Mulrennan, who reached 100 winners for the calendar year. Paul, who has a remarkable 29 per cent strike rate for Archie, led throughout the mile novice on the son of Make Believe, who defied a penalty for his debut win at Chelmsford City in August.

Dual Group 3 winner Tempus returned to Ascot on Champions’ Day to take his chance in the Group 1 Queen Elizabeth II Stakes but was unable to run up to form, losing both front shoes in the race. However, a big handicap win at Ascot followed by those two Pattern victories still gave Hambleton racing’s shareholders a memorable year.

Also stepping up in grade was stable companion Manitou, who had won a conditions race in Stockholm before contesting the Listed Prix Saraca at Chantilly in France early in the month. He was unplaced but ran creditably.

Meanwhile, it was time to say goodbye to one of Saxon Gate’s star performers at the Horses in Training sale at Tattersalls in Newmarket on 25th October. Eddie’s Boy carried the Middleham Park Racing colours with distinction in his two-year-old season, winning the Super Sprint at Newbury, the Group 3 Prix Eclipse in France and finishing third at Royal Ascot.

The son of Havana Grey, who was bought for 45,000gns by Tom Biggs of Blandford Bloodstock in September last year, was sold for 320,000gns to race in Qatar.

Tom Palin, of Middleham Park, paid tribute to Eddie’s Boy when he said: “He will forever hold a serious place in our hearts. He’s been an absolute star, taking us to many big dances, and kept on exceeding our expectations.”

Finally, our own Brodie Hampson ended a memorable 2022 by being crowned the Champion Lady Amateur Jockey following a string of notable successes for the stable, including on Luna Magic, Percy Prosecco and Clifftop Heaven. 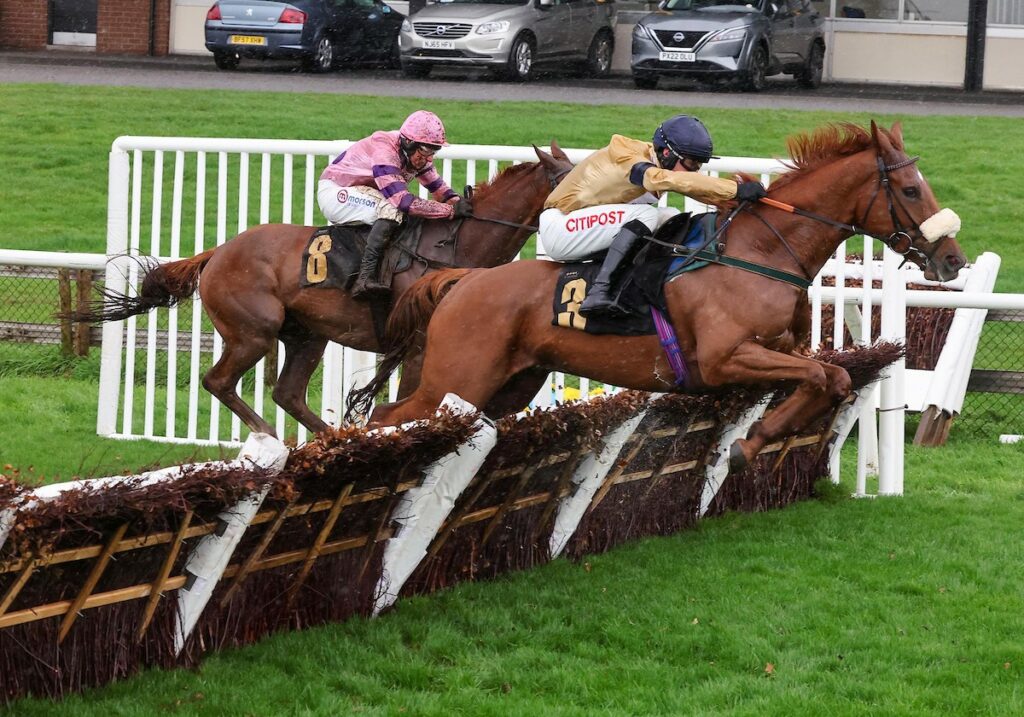