EDDIE’S BOY will step up in grade to contest the Group 3 Molecomb Stakes at the Qatar Festival at Goodwood following a resounding victory in the valuable Weatherbys Super Sprint at Newbury on 16th July.

Our classy son of Havana Grey scooped almost £100,000 for his owners Middleham Park Racing after scorching home by two and a quarter lengths in the traditional two-year-old cavalry charge at rewarding odds of 15-2.

Now Archie is looking forward to a ‘glorious’ day on Saturday 30th July. “He is very quick, so you have to consider a race like the Molecomb,” he says. “Goodwood looks an obvious target. He is in the Nunthorpe as well which could be another possibility if he continues to progress.”

Middleham Park Racing manager Tom Palin was equally excited. “He is all speed and recorded the biggest winning distance since Bengali Boys in 2017, and to come out with a 102 Timeform rating is impressive when you see that Gubbass, who won the race in 2021, was given an 87-plus rating.

“This opens up plenty of doors for him and a day out at Goodwood will be exciting for his owners, who were out in force again at Newbury. There are lots of options, which is a nice problem to have!”

Eddie’s Boy, a 45,000gns purchase by Blandford Bloodstock and Middleham Park at Tattersalls last September, made every yard of the running in the five-furlong Super Sprint from his stands side draw under a determined Hollie Doyle to take his earnings past £125,000.

A winner on debut at Southwell, he also gave his owners a day to remember at Royal Ascot when he finished third in the Listed Windsor Castle Stakes and made the frame again in Listed company in the Dragon Stakes at Sandown prior to his Newbury victory.

Archie adds: “He showed lots of speed at Ascot and was very tough in the Super Sprint and we are delighted for the owners. It is the first year we have had horses for Middleham Park and all three have won.

“He is a little bit lazy at home, so for a while we thought he might be a six-furlong horse. He was probably just taking the mickey a bit and was working with our Coventry Stakes winner Bradsell, who is a very good horse. He certainly turns it on on the racecourse.” 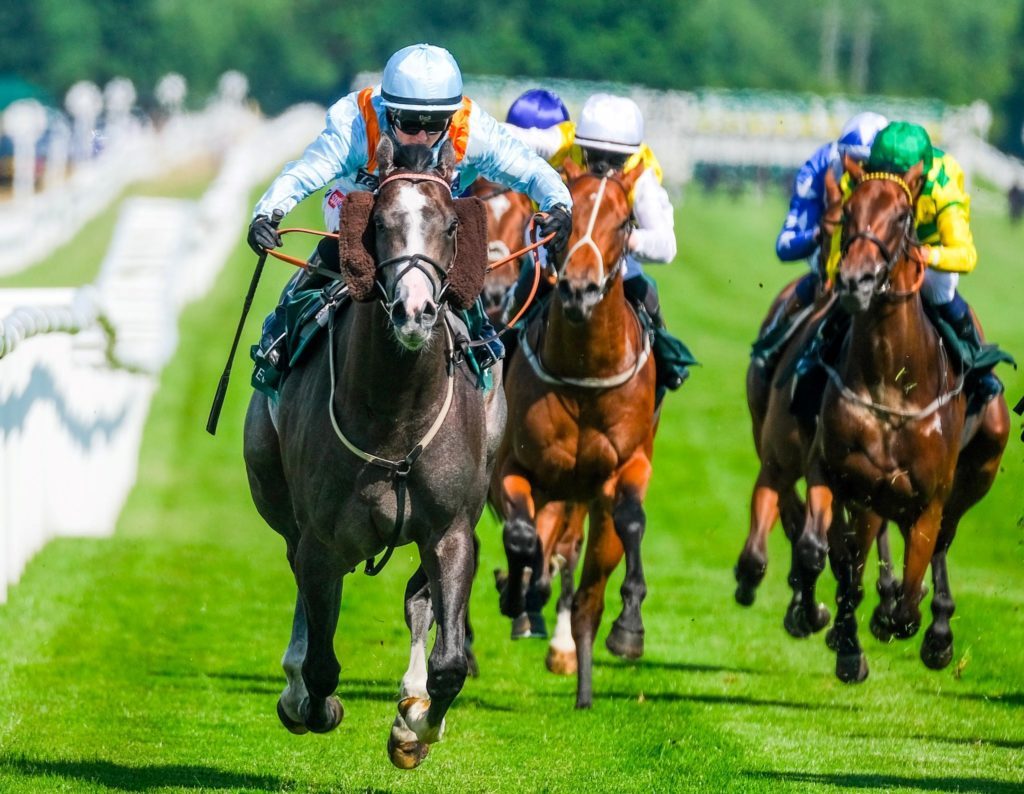